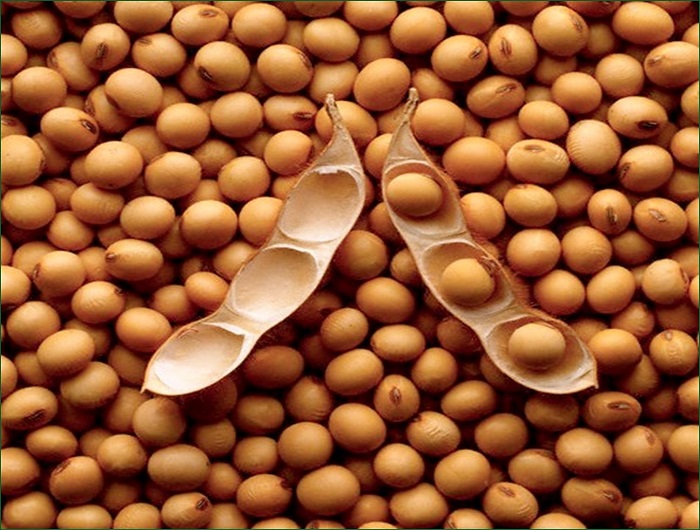 We export locally cultivated soybeans from Nigeria at Deremi Shittu Investments. Soybean has been recognized in the country as an important food crop that contains about 40 percent high quality protein and about 20per cent oil. Industrial and domestic processing of soybean has given rise to numerous products utilized for both human and animal consumption. The importance of soybean in food security especially for the poor in Nigeria cannot be overemphasized. It is the best source of plant protein, substituting the animal-protein sources, which are usually inadequate in supply for poor households.

Nigeria is the largest producer of soybean in sub-Saharan Africa (SSA), followed by South Africa. In Nigeria the haulms and post-processed pulp (soybean meal) serve as important sources of animal feed. A 30% annual growth in the poultry industry from 2003 to 2008 fuelled such a demand for soybean meal that an increase in imports was required. Worldwide consumption of soybean is nearly 11 million tons. Africa consumes about 618,000 tons annually. Nigeria is the largest consumer of soybeans in SSA followed by Uganda. (source: IITA).

Soybean is generally considered as a highly versatile grain which has about 365 applications in the formulation of both human and other industrial uses. Thus, the demand for soy-based products is expected to be high in Nigeria especially among commercial consumers in confectioneries industries. These industries utilize soybean in various forms such as bean, meal, cake and oil. However cake and oil forms are the most significant economically in the country. The Industrial Demand for Soybean Seed is around a total of 2,270,700 tonnes. According to a research carried out. That’s for Processors alone.

The company Deremi Shittu Investment limited (DIS) was incorporated on 29th April,2013 under the Corporate Affairs Commission as a limited liability company, with its corporate office suitated in lagos Nigeria.